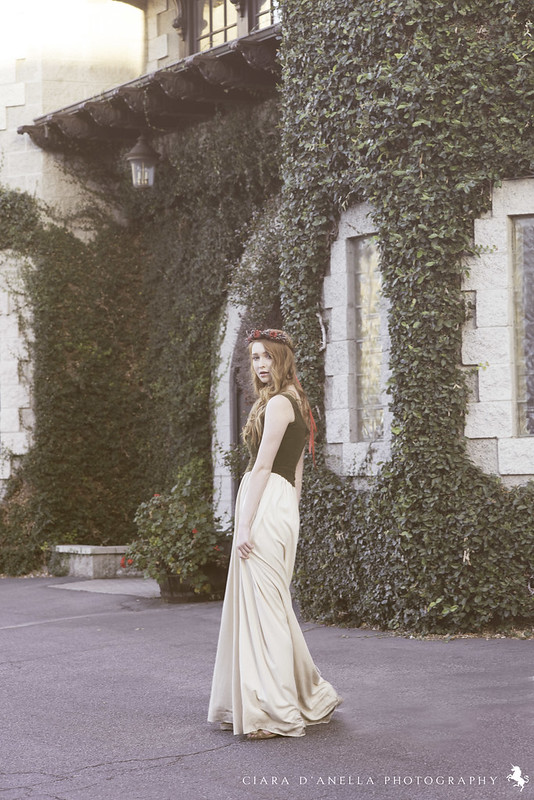 A few weeks ago I had the pleasure of working with Ms. Alyssa Lumpee (model) again on this fairytale inspired shoot that I’ve been daydreaming about. I have probably driven by this location too many times to count, and am always wanted to take a look around for future photoshoot possibilities. It’s tucked away and hidden behind a car dealership, but it’s a little gem. Who knew there were castles in California? 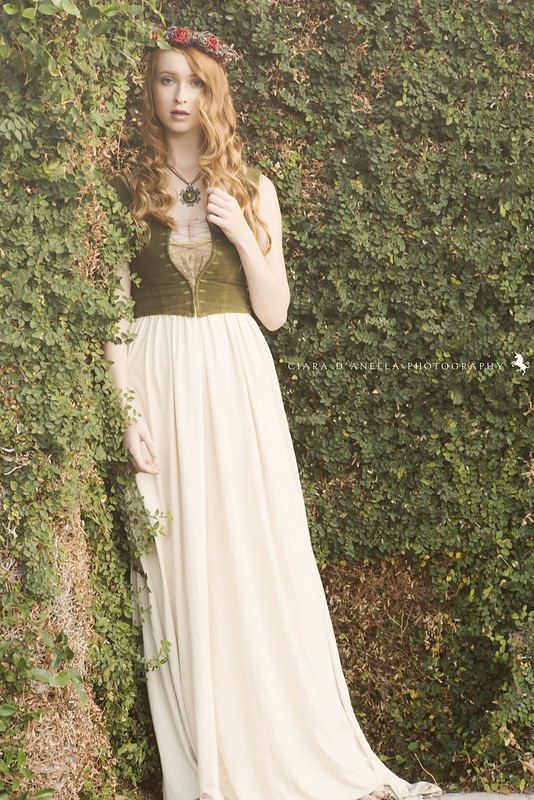 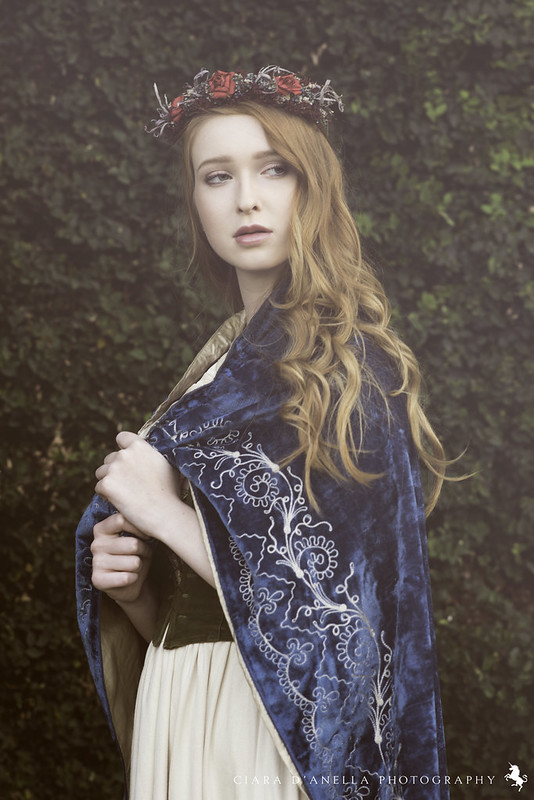 If you know me, you know that I love the Renaissance era…especially the clothing. You can often find me working on a new sewing project for the Ren Faire…challenging myself with yards of unique fabrics, and corset based patterns. The dress in these images was made by me when I was in high school. There is a gold blouse that usually goes under it, but I took it out for this shoot because of the cape. Corset was purchased from a friend of a friend, cape was given to my by a friend who found it while antique shopping, and the dried flower crown was purchased from a merchant at the Ren Faire. 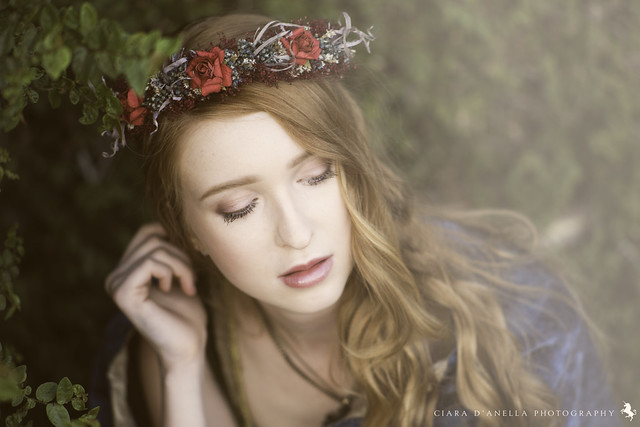 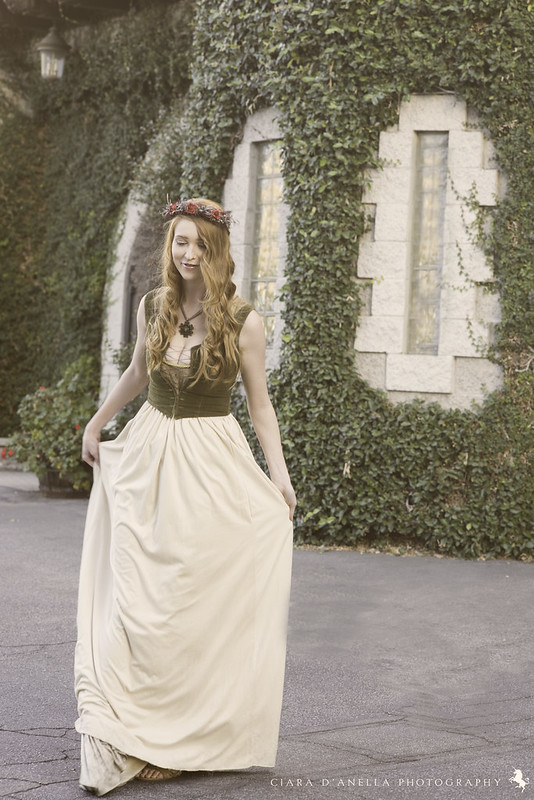 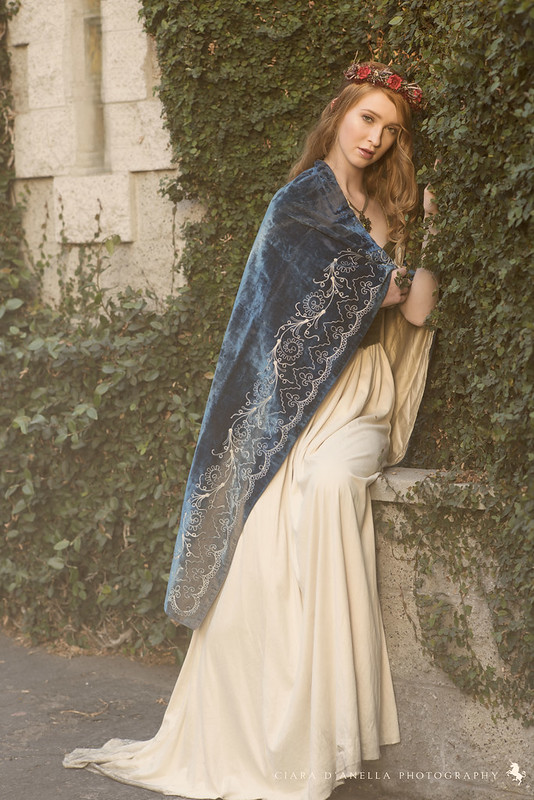 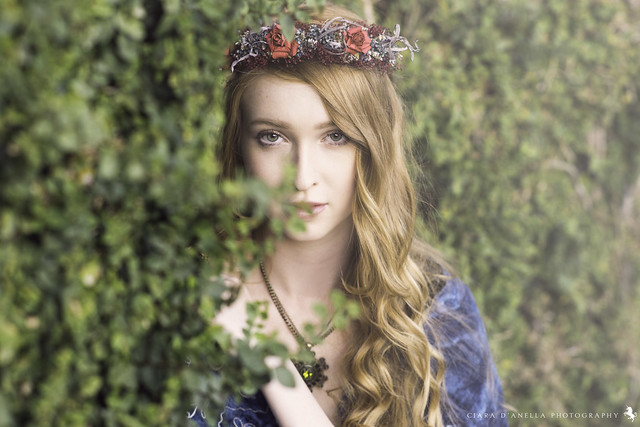 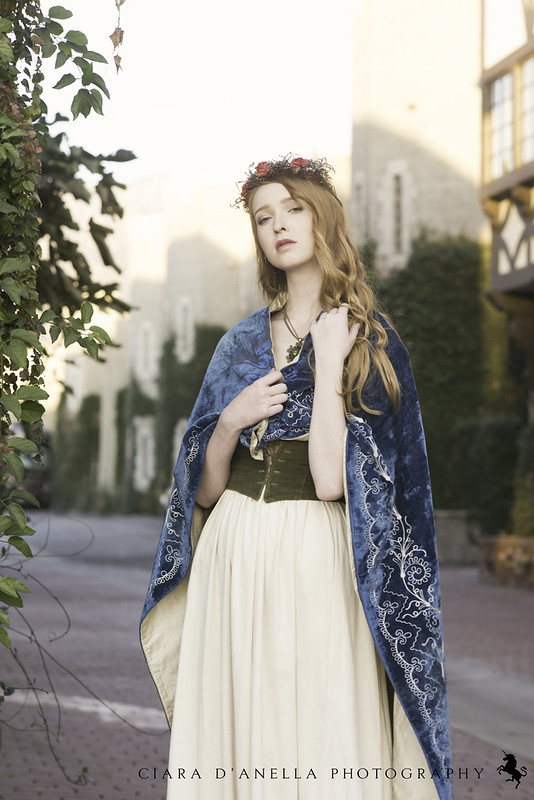 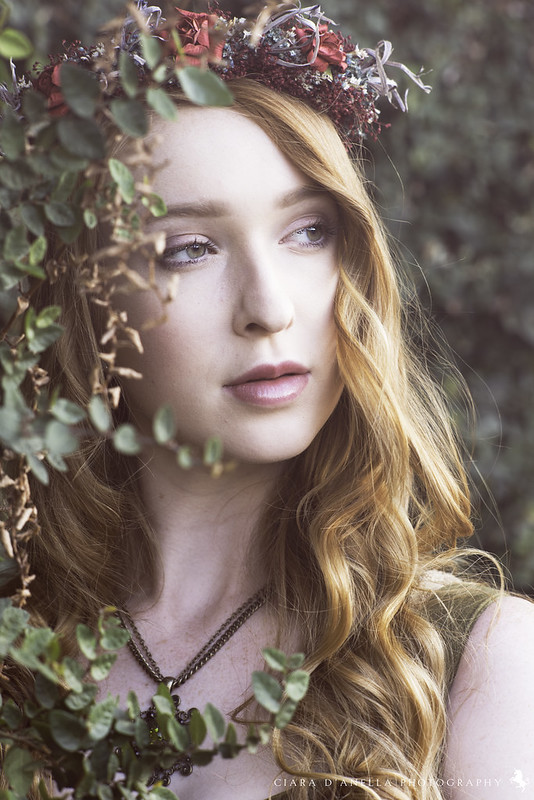 I’d like to continue to explore with photography like this. It hits right at home for me. Magic, whimsy, dreamlike. Trying to incorporate this into engagement photos, or weddings would be nice. It’s always nice to meet adventurous people who aren’t afraid of getting a little dirty to capture the right shot, and having the patience to let me create the perfect shot. It’s the photo that you’re going to blow up and frame on your wall, the one you could stare at forever, the image that captures the essence of the day as a whole. Sometimes the shot I think I’m going for ends up being something completely different, yet better than I imagined. That’s the magic of it all; it comes to you in a spontaneous way. 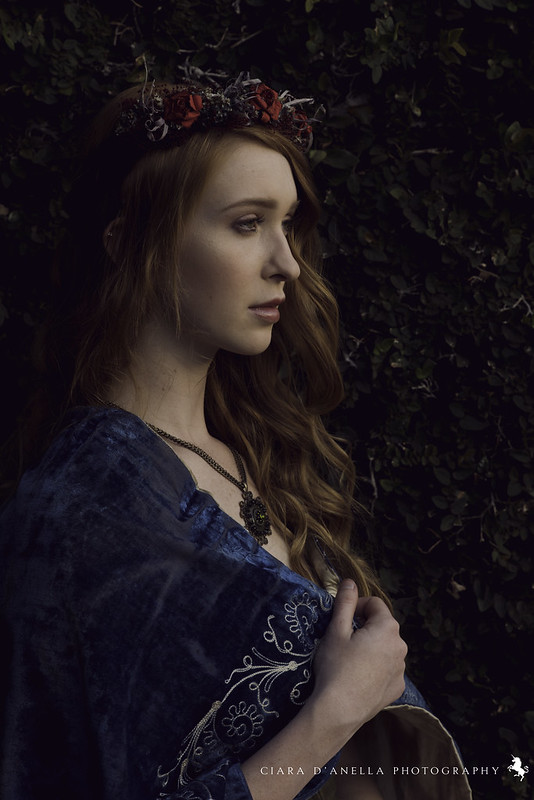 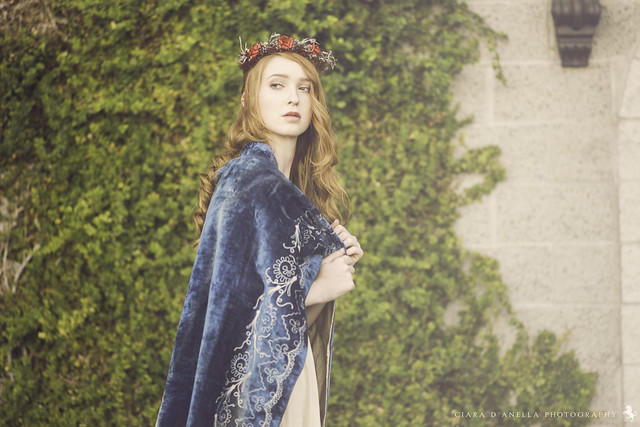 More images from this series can be found on my Flickr

How cute are these Christmas village earrings thou